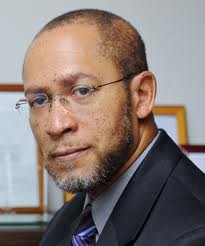 Michael_Benjamin2012 is a blog giving voice to opinions and views formed over a quarter century. The views presented address the need for reasonable discourse when discussing issues of public policy, race and ethnicity, politics, religion, and government. The blog’s author, Michael Benjamin, a former state legislator, has over 25 years experience in the fields of Government, Human Services and Politics.

Over his professional career, Michael Benjamin has worked for Members of the New York State Assembly, New York City Council and the United States Congress. Mr. Benjamin has developed an expertise in the legislative process, campaign management, reapportionment and election law. He has coordinated presidential, congressional, city council, and borough-wide political campaigns.

During his time in office, “truth, hard work and love of his wife” were the bedrock values that informed his work in the Assembly. Those same values inform his essays.