Posted on September 19, 2014 by SquarePegDem

A full manual recount is tentatively scheduled for Monday, 9/22 at 10am. Under City Board of Election rules, "a manual canvass of returns" is triggered when an election margin is less than 10 or less than one-half of one percent.

The City BOE must certify a winner by October 3rd because military and overseas ballots must be printed and distributed to those voters.

Since Bronx District Attorney Robert Johnson has begun an election fraud investigation of the absentee ballots delivered by the Ramirez campaign, the city BOE and the DA’s office have reached an agreement whereby original absentee ballot applications, original absentee ballot envelopes and copies of ballots will be turned over at the appropriate time. When asked some election lawyers have expressed concern as to whether turning over copies of ballots to a prosecutor violates voter confidentiality. 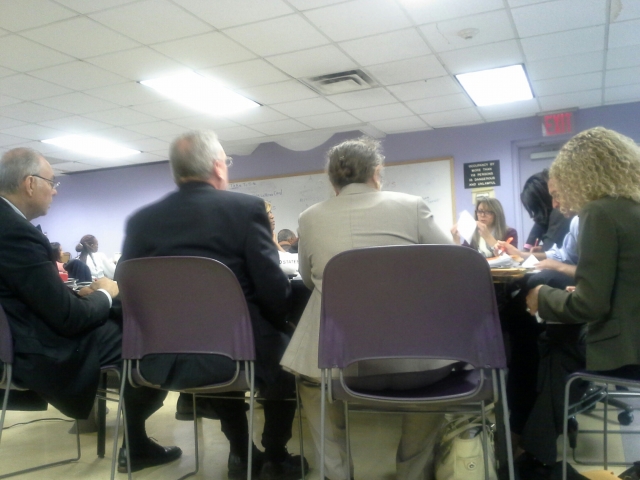 As the ballot envelopes were being opened, Schlein objected to 43 specific absentee ballots citing that signatures didn’t match voter signatures on file with the BOE, that the absentee ballot applications were fraudulently obtained and that Section 8-500 of State election law was violated. Board counsel Stephen Richman overruled Mr. Schlein’s objections. The ballots were opened and eventually scanned. But photocopies of those ballots were made and replaced in the opened envelopes. Police investigators from the Bronx DA’s office observed the proceedings.

After ballots from all 60 election districts were opened and scanned, Mr. Ramirez took a six vote lead after winning the canvass, 94-59.

In a few instances, ballots were spoiled (ie, did not count) because affidavit voters were given the wrong ballot (mistakenly given ballots for the 77AD by poll workers) or voters placed their names or "extraneous marks" on the back of ballots or a ballot was blank. One affidavit envelope did not contain a ballot.

All parties have been told that the full manual recount is scheduled to commence Monday, 9/22 at 10am.