Posted on September 10, 2014 by SquarePegDem

Chris Bragg (Crain’s NY) reported Wednesday afternoon that Democratic operative Melvin Lowe convicted on all counts. I had complained in a previous post about the lack of media interest in the Lowe trial. It’s interesting that Mr. Lowe was convicted the day after his unindicted co-conspirator, embattled Brooklyn Sen. John Sampson won his Democratic primary against two opponents. I must wonder if this conviction leaves egg on the faces of Brooklyn party officials who reportedly staked their leadership on re-electing Mr. Sampson. 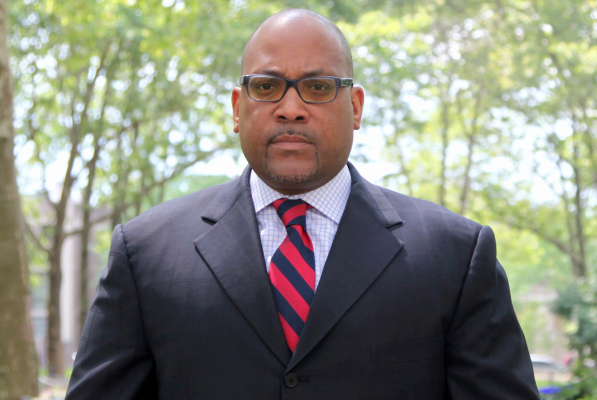 “Melvin Lowe, a Democratic operative accused of defrauding the state Senate Democrats’ campaign arm of $100,000 and other charges, was convicted by a White Plains jury on all nine counts he faced Wednesday, a spokeswoman for the Southern District U.S. Attorney’s office confirmed.

“Mr. Lowe was found guilty of steering the $100,000 to a New Jersey political consulting firm, Cornerstone Management Partners, which then kicked back much of the money to political consulting firms controlled by Mr. Lowe. Even before the crime, Mr. Lowe had been paid hundreds of thousands of dollars by the Democratic Senate Campaign Committee in 2010, which struggled for years to get out of debt caused by that election cycle’s profligate spending. Democrats lost a briefly held majority in the Senate that year and are still fighting to regain it.Twenty-thousand dollars also went to political consultant Michael Nieves, who has not been charged with any wrongdoing. Nor has political operative Elnatan Rudolph, a former Brooklynite who owned Cornerstone Management Partners and who received $5,000.

“In addition, Mr. Lowe was convicted for tax violations for his failure to report more than $2 million in consulting income, causing his bank to make a false statement to his mortgage lender, and for defrauding a Yonkers resident of $66,000. The most serious count against him carries up to 30 years in prison, said the spokeswoman for Southern District U.S. Attorney Preet Bharara.Brooklyn state Sen. John Sampson, who easily won his Democratic primary Tuesday, was also wrapped up in the transactions involving Mr. Lowe. Mr. Nieves told an IRS agent that Mr. Sampson had said the $20,000 paid to Mr. Nieves was for work previously done, even though Mr. Nieves was owed no money by the Senate Democrats’ campaign arm. Mr. Sampson, the former Senate majority leader, faces an upcoming trial on unrelated embezzlement charges.”

Another paper, the Albany Times-Union wrote “that the jury heard evidence that Lowe and Sampson had a close relationship of trust that included Lowe giving Sampson an envelope of cash.”