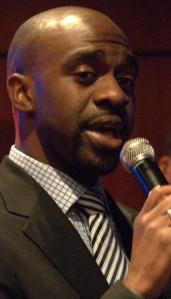 Last Saturday (April 19), I stopped by the Michael Blake for Assembly kick-off announcement at PS 463, The Urban Scholars Community School. I took the opportunity to hear his announcement, speak with his supporters and then interview Mr Blake.

The interview is approximately 9 minutes.