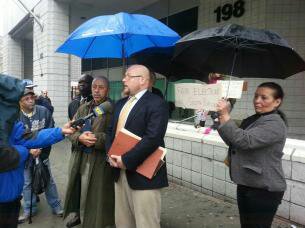 Bronxites will recall that DA Johnson’s last election law violation investigation resulted in a legally unqualified (perjurer) Nelson Castro serving 5 years in State Assembly. The disgraced ex-pol (has since pleaded guilty to perjury stemming from election fraud in 2008) was used as a confidential informant in an effort to uncover corruption in Bronx politics.

Is Arroyo cut from the same cloth? Has she cut a deal in another corruption dragnet? The people have a right to know.

Allowing another possibly illegitimate officeholder to take the oath of office on January 1 would be a fraudulent act against voters in the South Bronx.

Pabón lost the Democratic primary by a 3-1 margin, after nearly knocking Arroyo off the ballot for insufficient signatures.