Say No to military intervention in Syria

Posted on September 6, 2013 by SquarePegDem 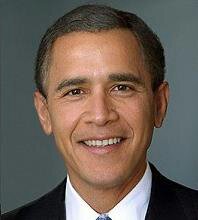 The Syrian civil war is ugly and brutal but that’s the nature of war. The US can seek UN sanctions and supply the Free Syrian Army but military action against the Assad regime is inappropriate. Should poison gas or other chemical weapons be used against America or our allies, we should retaliate with overwhelming, destructive force. But that is not the case today.

1 Response to Say No to military intervention in Syria