Pet Peeve of the Week 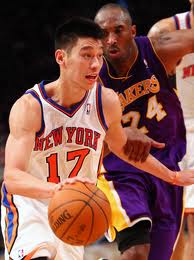 Yesterday, as I was reading about NY Knicks rookie phenom Jeremy Lin, I was irked by one reporter’s glaring, but all too common, misuse of the word, “reticent” when “reluctant” is meant.

Writing in Capital New York, sportswriter Howard Megdal discussed the Lakers strategy to physically punish Lin every time he entered the paint. Megdal wrote, “If the idea was to make him more reticent about driving, it certainly didn’t work.” The only problem was that Lin was not silent or readily revealing his thoughts about his driving skills. He wasn’t “reluctant” or disinclined to challenge the Lakers physical play, either.

Mr. Megdal’s incorrect use of “reticent” has been a particular pet peeve of mine since grade school. “Reticent” was a word that freed me from feeling odd because I happily found a word that described me.

Taciturn and reticent were terms used to describe the heroes played by Gary Cooper in films (Sargent York, Lou Gehrig, Sheriff Will Kane). Maybe, I could be a quiet hero someday, I thought.

For now, I’ll just defend the proper usage of reticent. And that will be all I have to say on the matter.

4 Responses to Pet Peeve of the Week