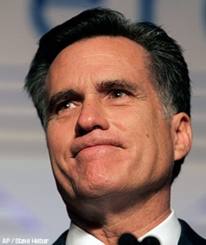 Again, Anybody But Romney won over Mitt Romney. Newt Gingrich is the latest embodiment of that sentiment among the GOP primary electorate. Gingrich , though, has scored the most decisive victory over Romney. If his numbers hold, Gingrich will defeat Romney by double digits. Romney’s vote ceiling stills sits at or near 25%. Florida can not just be a firewall for Romney; it’ll have to be the graveyard for his opponents. And that ain’t likely.

He doesn’t win Florida decisively, we may as well stick a fork in Romney, he’ll be done. If Newt wins Florida, the anti-Romney forces will coalesce nationally around him. In the delegate count, he will only trail Mitt by a handful of delegates. Romney will find out that money can’t buy you love or votes. As Ron Paul pointed tonight, the nomination contest has barely selected 2% of the delegates. “It going to be a long slog,” he reminded his supporters. Romney may be heartened by Paul’s reality check.

While ARENA Democrats gleefully throw rocks at the Romney juggernaut, we forget that this time four years ago, Clinton and Obama were locked in a similar primary battle that lasted for months. The closeness of that contest very nearly cleaved the Democratic Party in two. The party reunited behind Barack Obama after the Denver convention. The GOP will probably do the same. But the extreme nature of the eventual GOP winner and the resulting party platform will augur well for President Obama’s re-election. The starkly contrasting visions of America and the meanness of the GOP campaign against the President will turn the tide in Obama’s favor.

I, for one, welcome the GOP’s long, hard slog towards Tampa in September.
-30-