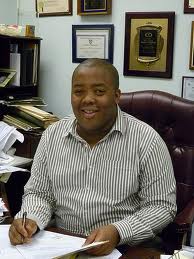 Boyland had been accused of taking a $175,000 no-show consultancy contract in exchange for favorable state deals for a health organization that maintains hospitals in Brooklyn and Queens.

Sen. Carl Kruger, Boyland and the others were charged by the U.S. Attorney’s Office in a bribery scheme that involved allegedly accepting illicit payments in exchange for favors. Kruger himself was accused of accepting cash in exchange for streamlining hospital mergers that allowed him to live a lavish, if not somewhat bizarre, lifestyle.

NY1′s Josh Robin tweets that relieved parents and allies of Boyland ripped the media for coverage of that lawmaker. Boyland, according to Robin, says he plans to “sleep” now that the trial is over.

As Brooklyn Politics and The Daily News’s Bill Hammond ably pointed out, Boyland is the scion of a politically connected family in Brooklyn.

Kruger, accused of taking $1 million in bribes in exchange for ushering through favorable state contracts, faces a separate trial.

William F. Boyland Jr., a Democratic assemblyman from one of Brooklyn’s most prominent political families, was acquitted on Thursday of conspiring to take $175,000 in bribes in return for using his influence on behalf of a health care organization that runs hospitals in Queens and Brooklyn.

The trial, in Federal District Court in Manhattan, was the second stemming from a broad corruption indictment issued in March that charged eight people, including Mr. Boyland and a powerful state senator, Carl Kruger, Democrat of Brooklyn, as well health care executives, a lobbyist and others.

One defendant, David P. Rosen, the former chief executive of the health care organization, MediSys, was convicted in September of conspiring to bribe Mr. Boyland — as well as Mr. Kruger and a third politician, Anthony S. Seminerio, a Democratic assemblyman from Queens, in return for favorable treatment for MediSys. Mr. Seminerio, who pleaded guilty to fraud in an earlier case, has since died.

As the verdict was announced by the jury forewoman, there was a shriek from a woman seated with Mr. Boyland’s parents and other supporters. Mr. Boyland sat with his hand on his forehead as one of his lawyers, Michael K. Bachrach, patted his shoulder.

After the verdict was delivered, Mr. Boyland said, “I’m looking forward to getting back to serving as assemblyman for the 55th District.”

His father, William F. Boyland Sr., 71, who served two decades in the Assembly and was succeeded by his son, said, “Justice still reigns.”

One juror, who agreed to be interviewed on the condition of anonymity, said that “a lot of us felt uneasy about the verdict, but we felt that, based on what we had been instructed, we could not answer any other way.”

Just hours before it reached a verdict, the jury sent the judge, Jed S. Rakoff, a note indicating it was deadlocked; the note read,
“Continued impasse without chance of resolution — 10-2 Locked.”

The juror said that after the first day of deliberations on Tuesday, about six or seven jurors were ready to acquit; three or four were in favor of conviction, and one or two were undecided.

Late Wednesday, the jury told the judge that it was at an impasse, without revealing the vote breakdown. The juror said the vote was 10 to 2, as it remained through Thursday afternoon, when the jury wrote to the judge again.

By the time Judge Rakoff called the jury into the courtroom a short time later, and urged them to try again to reach a verdict, one dissenter had shifted. The final holdout changed position after the jurors returned to deliberate, the juror said.

The juror credited a priest, who had been an alternate juror and was added to the panel on Wednesday after another juror could no longer serve because of work-related issues, for bringing a kind of clarity to the deliberations. The jurors undertook a careful and “methodical examination” of the judge’s instructions, the juror recalled.

Most jurors felt that Mr. Boyland “clearly did things wrong,” the juror said, citing evidence that he lied on disclosure forms about his work for MediSys, and that he had a no-show job. But even though these were “bad acts,” the juror added, “they did not add up to the two federal crimes that he was accused of.”

Mr. Boyland, 41, faced up to 25 years in prison had he been convicted on two conspiracy counts.

The defense had won a key pretrial ruling when Judge Rakoff prohibited the government from introducing evidence of Mr. Rosen’s corrupt relationship with Mr. Seminerio.

The acquittal is a setback for the government, but it would seem to have little impact on the January trial of Mr. Kruger and his co-defendants; the charges against Mr. Boyland involved only him and Mr. Rosen, and appear distinct from the others.

Preet Bharara, the United States attorney in Manhattan, expressed disappointment at the acquittal, but said he respected the jury’s verdict. “We remain absolutely committed to pursuing public corruption in Albany and elsewhere,” he said.

The prosecutors, Glen G. McGorty and William J. Harrington, had presented evidence they said showed that Mr. Boyland was bribed through a sham consulting agreement with Mr. Rosen in return for making requests for millions of dollars in state money for MediSys. They said the secret deal was reached after Mr. Boyland was first elected in 2003.

“Boyland knew how valuable he was to Rosen after the election,” Mr. McGorty told the jury. “Rosen knew it as well.”

The prosecutors introduced copies of letters that Mr. Boyland had sent to the Assembly speaker, Sheldon Silver, including separate $3 million requests for Brookdale and for Jamaica Hospital Medical Center, in Queens.

The defense argued that such requests were part of an assemblyman’s job, that Mr. Boyland’s consulting deal was not secret and that Mr. Rosen had hired him because of his family’s name and record of advocating on health care issues.

“That’s what Bill Boyland represented,” his other defense lawyer, Richard H. Rosenberg, told jurors. “It was a brand.”

“Thanksgiving came early for the Brooklyn assemblyman when he was acquitted of corruption charges yesterday. The federal government couldn’t prove Boyland did anything more than accept a job from a hospital and then leave his earnings off of his annual disclosure statements.

Boyland refused calls to resign, and now he gets to keep his job (one of them) and his paycheck. “

Sound off in the comments section below!